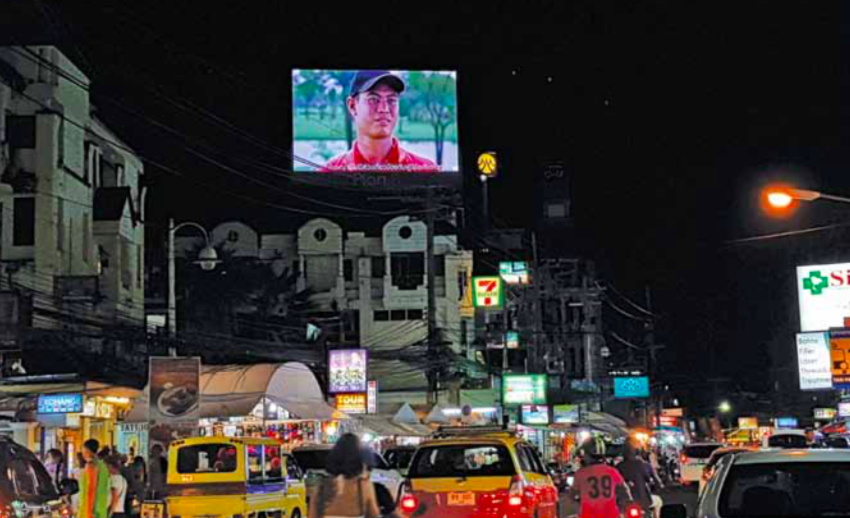 bangkok is unQuestionably one of the most sought after tourist destinations in the World and has been named the World’s most Visited city in seVeral rankings. it is an international hub for transPort and health care, and has emerged as a centre for the arts, fashion, and entertainment. the city is knoWn for its street life and cultural landmarks

How to use LED wall in billboards at Thailand Bangkok Phuket; future of the outdoor advertising 2020

The capital of Thailand, it is one of the most populous city of
the country. Many multinational corporations have their regional headquarters in Bangkok. The city is now a regional force in finance and business. The rapid growth of the city with vast cityscape and infrastructure has made multinational companies and brands not to ignore this city. There
are more than 500 skyscrapers over 90 m (300 ft) tall in the city. Bangkok was

bangkok is unQuestionably one of the most sought after tourist destinations in the World and has been named the World’s most Visited city in seVeral rankings. it is an international hub for transPort and health care, and has emerged as a centre for the arts, fashion, and entertainment. the city is knoWn for its street life and cultural landmarks

ranked as the world’s eighth tallest city in 2016.

Bangkok is the economic centre of Thailand, and the heart of the country’s investment and development. Bangkok’s economy ranks as the sixth among Asian cities in terms of per-capita GDP, after Singapore, Hong Kong, Tokyo, Osaka–Kobe and Seoul. Tourism is considered as a significant contributor
to Bangkok’s economy. Bangkok is also one of Asia’s busiest air transport hubs.

The digital signage market is expected to grow from US$ 20.8 billion to US$29.6 billion by 2024, at a CAGR of 7.3%. Growing technological advancements in display products, increasing adoption of digital signage

products in commercial vertical, rising demand for 4K & 8K displays and increasing infrastructural developments in emerging countries are the major driving factors for the market’s growth during the forecast period.

opportunities in the near future. Digital signage typically represents large advertisements in high-traffic areas for pedestrians and drivers. This attracts a lot of customers as advertisements are largely visible at express highways and high-density consumer exposure areas. Constantly changing or blinking text creates an impact on customers and enables a wide exposure for the targeted audience, thereby driving the market for outdoor digital signage.

Thailand’s digital signage market is projected to grow by at least 40% in 2019, outpacing single-digit growth in the overall electrical appliance

market, thanks to the country’s digital transformation.

Samsung expects its digital signage business to grow by 40% this year. Digital signage makers are providing more high-resolution displays at

lower prices. To support the customer experience, Samsung has introduced electronic shelf labels. Retailers can quickly change prices, promotions and inventory data on every shelf in the store.

Earlier Singapore-based AI ad technology startup AnyMind Group raised $8 million in funding looking to target rail passengers with ads based on their appearance at stations in Bangkok. The Japanese-led company will step up its outdoor digital advertising business using artificial intelligence, starting in Thailand. Cameras placed with signage at train stations and elsewhere will capture the genders and age groups of passers-by to instantly display targeted ads.

LED signs are incredibly eye- catching compared to traditional print ads and even internet campaigns.
LED displays reach 70% of the public compared to the increasing social media penetration which accounts only 45%.
A UK study found that almost 90% of retailers considered LED signs essential for increasing their brand’s awareness in-store. LED signs engage customers
in a waiting-line. Companies using digital signs both within and outside their business house increased sales volume due to relief of frustration and more efficient sells. LED signs maximise customer engagement at the point of sale. LED signs are also cost-effective form of advertisement especially for small business owners considering

the ease of changing the ad content or display.

Smaller towns ready to cash in the opportunity

While Bangkok has been long accustomed to the sight of LED-powered marketing, Phuket’s first roadside-digital billboard was erected only in 2009, at the Yee Teng Complex intersection in Phuket Town. When stopped at a light for 100 seconds or more, people are more likely to pay attention to surroundings and might notice billboards. The chances are high if the text or pictures in the billboard are moving. According to a research around 59% of drivers paid attention to the LED billboard and were able to retain what they’d seen. Other advantages include flexibility and strategic targeting.

It’s pretty simple to make instant changes to a message in the digital LED billboard even remotely from an iPad.

Timing and location are other key factors to consider. For example, targeting commuters heading to the market
and work in the morning, you need to advertise during 6.30 am to 10.30 am.

LED billboards allow companies to focus the marketing message on certain demographics within a particular locale. They can play a specific role in the expansion and success of a business by attracting new customers. They are an important method for getting the message to as many people as possible and broadening the customer base.

LED billboards offer a host of benefits. First, they give a company
a professional image which can
make a significant impact on how the company is perceived. It communicates longevity, and a serious commitment
to the goods or services, as well as adding legitimacy. Second, an LED display will imprint brand awareness
and name recognition on passersby.
No other kind of advertising can gain
an individual’s attention as well as an animated billboard, especially when
they are located in areas of high-traffic. Creative and colourful displays have a naturally positive effect on the mind and the mood. Finally, the content can be changed whenever it is appropriate in an easy manner via intuitive software.