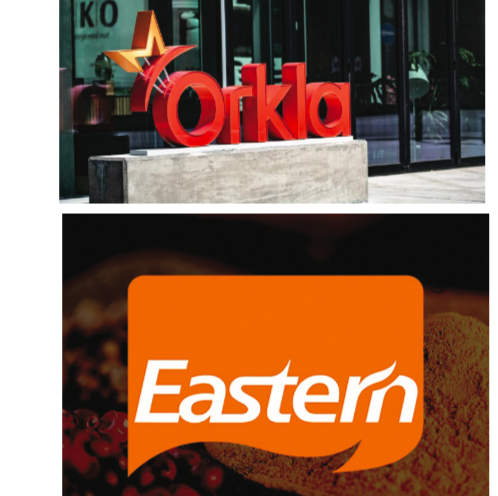 Orkla Foods said it has entered into an agreement to acquire 67.8 per cent of the shares
in Eastern, which will see the Meeran family get roughly about Rs.1500 crore in cash and stocks.

Meeran family owned 74% in Eastern while the remaining 26% is owned by McCormick Ingredients, a US food company. As per the deal, Orkla, through its wholly-owned subsidiary MTR Foods Pvt Ltd, has signed agreements to purchase a 41.8% ownership from the members of the Meeran family. MTR

It is estimated that Eastern family will get Rs.836 crore in cash and Rs.633 crore worth MTR’s shares. After the transaction, MTR Foods will own 67.8% stake in Eastern while the

Meeran family owns 32.2%. Following the completion of the transaction, MTR Foods will

be merged with Eastern. While Orkla will own 90.01% in the merged entity, brothers Firoz and Navas Meeran will own a small 9.99% stake, the statement said.

cash-free basis,” the release said. “The merger will result in the union of two iconic Indian brands.”

“Together with MTR, and as part of Orkla, we will have a stronger platform for our successful operations,” said Navas Meeran, chairman of Eastern.

Consumption of spices both in India and overseas has grown as people become aware of their immunity- boosting properities. India is the world’s largest producer, consumer

and exporter of spices. The country produces about 75 of the 109 varieties listed by the International Organisation for Standardisation (ISO) and accounts for half of the global trading in spices, according to the Indian Brand Equity Foundation.

In the last five years, the Indian spices industry has grown at a CAGR of 13%, with numbers rising from Rs.10,516 crore in 2013 to Rs.21,538 crore in
2019, according to Nielsen India data. The Indian spice market is estimated
to reach a value of about $18 billion
by 2020, according to data on Statista. The best part is that demand for spices has increased not just in India but internationally as well.