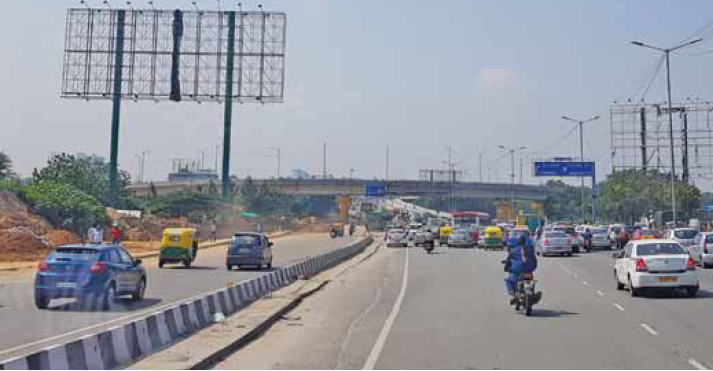 The Madras High Court has lifted the restriction on the installation of hoardings on private lands or other places not falling under the jurisdiction of Chennai City Municipal Corporation. It said that the city corporation’s inability to check the use of unauthorized digital banners cannot be a ground for framing rules

that such banners can be placed only on land and space owned by the civic body. Allowing the challenge made by the Chennai Hoardings Association (CHA) and others against the amendment made to the Chennai City Municipal Corporation Act, the first bench of Chief Justice A P Sahi and Justice Subramonium Prasad said, “there cannot be a logical presumption that there will be no violations if hoardings are set up on corporation land exclusively.” The judgement further clarifies that interested parties can put up hoardings on private lands and railway lands after obtaining due permission from the urban local body.
A violation of terms and conditions can occur with regard to any hoarding for which the licence is granted, whether it is situated on corporation or private or government land.

The regulation and control as per the municipal laws will apply equally and therefore, the placing of a hoarding at place ‘A’ or at place ‘B’ would hardly make a difference, the bench said. “To our mind, this will generate a cartel and concentrate the business in the hands of a few who would be getting contracts from the municipal department to exclusively monopolies this business at the cost of an unconstitutional provision, as rightly submitted by the petitioners,” the court added.
The bench also noted that the restriction clearly amounts to prohibition and such curtailment also hits the fundamental rights of a private land owner to enjoy his property, if otherwise a licence to set up a hoarding can be granted. It is not necessary that every land belonging to a corporation is suitable for setting up a hoarding, but then creating a monopoly in its favor clearly amounts to allowing a municipal corporation to raise hoardings only on its lands wherever it chooses. Earlier the CHA had filed a case.

Earlier the CHA had filed a case in the High Court against the amendment made by the corporation stating hoardings can be installed only on the corporation’s land. The Association expressed satisfaction over the judgement and hoped that it would bring a positive outcome for the industry. It is also planning to approach the municipal corporation for new bylaws to be introduced on outdoor advertising in sync with the new court judgement.