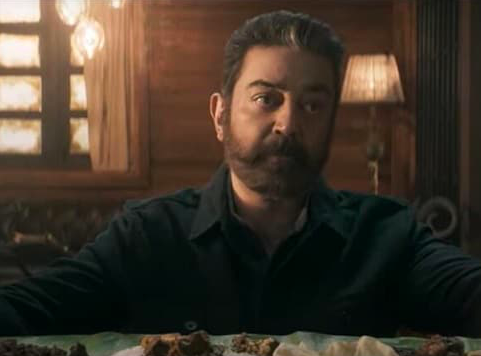 Billed to be a political thriller, the film is titled as Vikram. The 2-minute long intriguing teaser features Haasan preparing for a meal with some of the important dignitaries (all of them are masked in the video). However, the feast is laced with many secrets, as Haasan bullet-proofs the house, tucks and hides guns and axes under the table, windowpane and bookshelves. The caption of the film says, ‘There lived a ghost’ before blurring out a montage of various weaponry.

Vikram will reportedly go on floors by the end of this month. While the music for the teaser is scored by Anirudh Ravichander, the rest of the cast and crew of the film is yet to be announced https://www.firstpost.com/