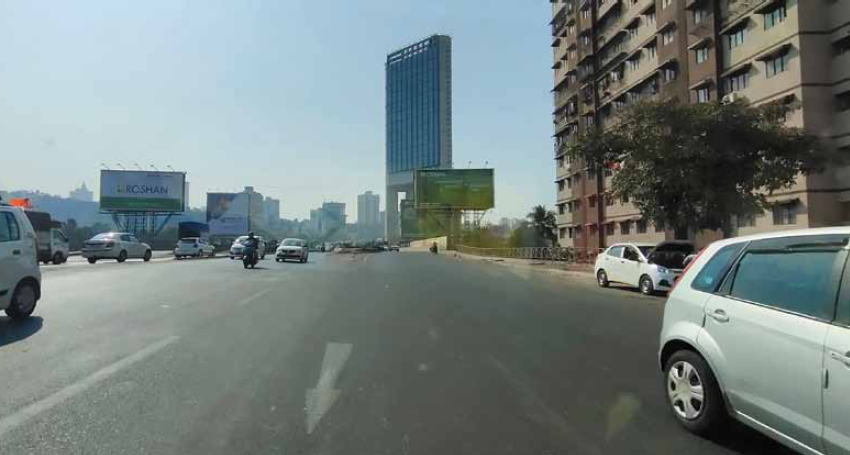 Brihanmumbai Municipal Corporation (BMC) has approved a new hoarding policy which mandates a minimum distance of 100 m between hoardings. This will curb the clusters of multiple hoardings on buildings at prime locations of the city. Hoardings on rooftops and the ones at heritage areas on sea-facing promenades like Marine Drive and Worli Sea Face  will also be banned. Flyovers, foot over bridge (FOBs) and sky walks too will be free of visual pollution.

The policy is now sent to the state government’s Urban Development department after Municipal  Commissioner Praveen Pardeshi’s approval. The draft hoarding policy was published based on the High Court’s orders in 2017. Time was given for suggestions and objections from the public. Later the final policy was approved. Under the new policy, advertisers and hoarding owners who violate the norms can be blacklisted.
The civic body is not permitting any new hoardings on terraces and neither is it renewing old permissions. It is trying to get a high court stay order lifted to clear a few hoardings. The new policy’s focus is on digital hoardings which will prevent political parties from putting up hoarding on lands belonging to the collector, MHADA, PWD, Airport Authority, and BEST undertaking. During elections, permission to put up giant display boards will be given as per the code of conduct.

Digital hoardings can be set up at malls, multiplexes, shopping complexes,commercial buildings, petrol pumps and other places that have LED display boards. The new policy allows vinyl wrap, graffiti, wall painting and floating balloons.
Meanwhile the civic body will continue with its policy against hoardings on public recreational grounds and in gardens. It will also not allow such publicity materials in places with high tension wires without the electricity department’s permission. As an incentive, the civic body will give 10% rebate on hoardings having CCTV cameras which will give live feed to BMC’s disaster control. Hoardings which run on solar energy will also get a 10% rebate in the first year.
The new hoarding policy will be discussed at length before the approval. Preventing the hacking of trees for installing hoardings is something to be included in it.